Some of you may consider this as an extreme action…. but it is needed and we will go ahead to hold the rally as individuals – let’s all do it… Read more »

The intellectual assessment by Rahul Gandhi is realistic, I like that, but it will not work at this time. We are fighting the mighty empire with Pitbulls unleashed, the false… Read more »

Mike Ghouse First of all, they do not represent the values of India, Indians, Hindus, and Hinduism. They will spend time and energy to ally with extremists elsewhere on the… Read more »

Modi stokes divisions in the worlds biggest Democracy The article follows my commentary The subtitle of the article in Intolerant India. I object to that. India is not intolerant, the… Read more »

“These guys are frightening some of the innocent and ignorant Hindus to believe that “Hinduism is in danger” and posing themselves as the freaking saviors. Hinduism does not need these… Read more » 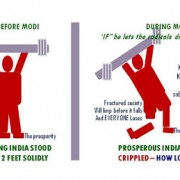 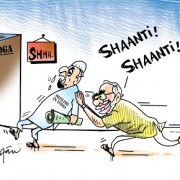