The Center for Pluralism and the supporting organizations welcome the Press Release by the United States Commission on International Religious Freedom (USCIRF) and the Annual report released by the U.S…. Read more »

A few powerful statements ( Courtesy of Lalit Jha) In her keynote address, Nadine Maenza, vice-chair of the USCIRF, noted with alarm the social and economic boycott of Muslims in… Read more »

Modi will bring disaster to India, a significant loss to America  Mr. Modi’s experimentations with the economy and the social structure have ruined India – with lower GDP, closure of… Read more »

Satya Nadella is a true Indian-American Hero I don’t know how many Indian Americans are bigots.  but know a few who have not learned about America and the values it… Read more »

A DARK DAY FOR INDIA – CONGRESSIONAL BRIEFING ON KASHMIR & INDIA. The briefing was held at Capitol Hill on Wednesday, December 11, 2019 – Organized by the Indian American… Read more » 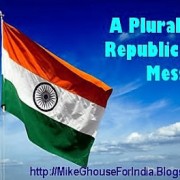 I am proud of the pluralistic ethos of my motherland, India and my homeland, America. It is a pleasure to call both the nations, “God’s own countries.” Let me explain… Read more »

If Prime Minister Modi does not speak up on the issue and stop the extremists of his party members to run over him, he will make India, a Langda India;… Read more »