Terror group Al-Qaeda has threatened to carry out suicide attacks in different parts of India over the recent remarks made by a few BJP leaders on Prophet Muhammad. https://www.indiatoday.in/india/story/al-qaeda-threat-prophet-muhammad-remarks-bjp-leaders-1959593-2022-06-07 My… Read more »

Evil Man Abu Bakr Baghdadi is dead – thank God The U.S. officials believe that his elimination is equivalent to decimating the extremist group. I think it takes a lot… Read more »

Marking the Anniversary of the US Government’s recognition of this ISIS Genocide in Iraq and Syria. March 16, 2017 – Washington, DC at Capitol Hill.  The Genocide Coalition is partnerships… Read more » 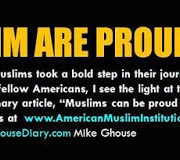 My talking points for Voice of America Radio, Washington, D.C  Turkey Turkey has allowed 6 F-16 Falcon fighters to operate from their Incirlik air base to do the sorties over… Read more »

SYRIA-IRAQ  WHAT SHOULD WE DOVIDEO https://www.facebook.com/RudawEnglish/videos/797437973697441/ I feel her anguish and pain.  No human has to live in insecurity and non-stop threats, we the Americas screwed up big time and… Read more »