The article follows the preface by Mike Ghouse. Our textbooks should not teach about the caste system, even though it is a practice with a few Indians and India. Our… Read more »

Celebrations do not carry the same zing of cheerfulness and festivities of days gone past By Tariq A. Al Maeena Eid Al Fitr came upon us a couple of days… Read more »

I get attacked frequently for my stance on Human rights and religious freedom issues, particularly from the Indian Americans. Three weeks ago, a guy was banned from the IRF round… Read more »

LOVE JIHAD The laws enacted in UP and other places denigrate Hindu women as foolish and dumb, as if they don’t have their own minds. Women should have the freedom… Read more »

April 6, 2017, Washington, DC — Judge Gorsuch is a fine individual and perhaps will make a great judge despite his flaws. He is more for the corporations’ rights than… Read more »

Ours is a Republic for a purpose and not a mob rule where the majority bullies the minority.  Thank God for the founding fathers for having the vision and foresight… Read more »

Are American Muslims the only ones who are apprehensive at this time? The answer is an emphatic no! At this time every one of the 322 Million Americans is concerned… Read more » 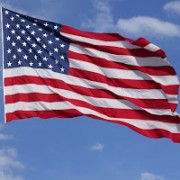