https://theprint.in/india/hinduphobia-or-battle-against-bigotry-dismantling-global-hindutva-seminar-sparks-controversy/724908/ Thanks to everyone in our Indians Together group. I admire each of you from among Hindu, Christian, Sikh, and Muslim friends for discussing, disagreeing, and agreeing on various points… Read more »

This article was first Published on March 30, 2020 at – :https://centerforpluralism.com/goodness-in-india-during-corona-lock-down/ The Indians at large are caring, kind, and good-hearted human beings; a number of good stories are coming… Read more »

Approximately a third of Americans behave the same way as a third of the Indians. This group of population worships Modi/Trump. Why do they worship them? Is it because these… Read more »

The following video by Arfa Sherwani is in the Urdu-Hindi languages and offers a good analysis of the situation and opposition to CAA, NRC, and NPR. She resonates with most… Read more »

Wishing for India what I wish for America Whenever I see the news like this – where powerful people have to resign for uttering racial comments, I wish India grows… Read more »

Teachers would love the following story from Bhutan. I am dedicating these notes to Mr. Abdul Hakeem, my teacher in the Middle School. He was affectionally called “Hakeem Hazrat” by… Read more »

Tracing the roots of my quest for Pluralism. I am an Indian American, and take immense pride in the pluralistic ethos of India.  Indeed, I have made a commitment to… Read more » 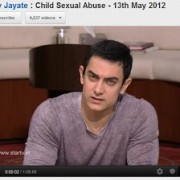 http://nabsites.net/demo/aamir-khan-is-god-sen/ As a person committed to building cohesive societies,  I cannot thank God enough for the gift of Aamir Khan to India. Aamir Khan with the show Satyamev Jayate He… Read more » 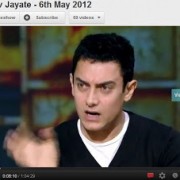 Aamir Khan may become the biggest change maker in the world, unlike all the previous social reformers, Aamir has something that other’s don’t. He is admired by billion Indians across… Read more »