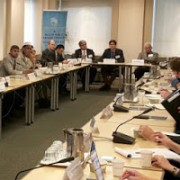 FOX NEWS AND MIKE GHOUSE | www.TheGhouseDiary.com A bold statement from a moderate Muslim.  I appeal to my fellow Muslim Americans to reconsider their stance towards Sean Hannity and Stuart… Read more »

TONIGHT ON HANNITY SHOW/ FOX NEWS | GHOUSE AND JASSER MY TAKE : PRESIDENT OBAMA, GO AHEAD AND DESTROY ISIS   After giving them the warning to retreat and stop… Read more »

President Obama, I admire your unusual courage, you have been a hero, and a sane man in my books, and a coward a few times.  On behalf of Muslims, I… Read more »

Indeed, we need to inoculate ourselves with the liberty cells. The sense of liberty has not caught on with a few of the immigrants and unfortunately they are the ones… Read more »