Whether you are an Atheist, Baha’i, Buddhist, Christian, Hindu, Jain, Jewish, Native American, Pagan, Shinto, Sikh, Wicca, and Zoroastrian or from any other tradition, you may feel a sense of… Read more »

The first Quran was translated in the year 1142, and it was commissioned by the European Kings to Paint Islam as a bad religion, and they frightened their subjects that… Read more »

Are American Muslims the only ones who are apprehensive at this time? The answer is an emphatic no! At this time every one of the 322 Million Americans is concerned… Read more »

Don’t judge me by my friends. I believe in inclusion, and inclusion starts with me. Before I ask others to include me, I have to be inclusive first, otherwise, it sounds… Read more »

Islam is a beautiful system, like all other faiths devised to restore sanity and common sense in a given society through simple basics like building trust, being truthful, be a… Read more » 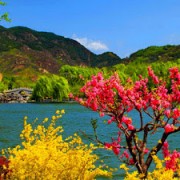 Washington, DC, December 29, 2015 — Mike Ghouse made the points on the Hannity Show on Fox News with Rich Lowery and Brigitte Gabrielle, Sean Hannity was off. Here is the link: The… Read more »

FOX NEWS AND MIKE GHOUSE | www.TheGhouseDiary.com A bold statement from a moderate Muslim.  I appeal to my fellow Muslim Americans to reconsider their stance towards Sean Hannity and Stuart… Read more »