While Quranism resonates with the Western mentality — it’s simply the Islamic version of Protestantism’s sola scriptura — it is heresy in the Muslim world. Mainstream Muslim scholars, including so-called… Read more » 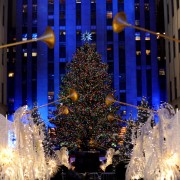 A Muslim’s Christmas | www.TheGhouseDiary.com Then there’s Christmas spending. This year, shoppers around the country expect to spend $882 for gifts, up from $861 last year, according to a survey… Read more » 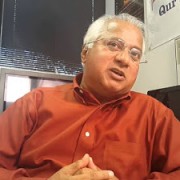 Fantasy Islam is an imaginative construct of Dr. Steve Kirby, and he is no stranger to me.   I was there in the same boat 15 years ago. I don’t claim… Read more »

My talking points for Voice of America Radio, Washington, D.C  Turkey Turkey has allowed 6 F-16 Falcon fighters to operate from their Incirlik air base to do the sorties over… Read more »

What is Sacred, Flag, Holy Books, Mother, Freedom of Speech? Sacred Film is about a successful real life event set in Mulberry, Florida coupled with a compelling romantic story built around the… Read more »

Each group claims their version of the truth is the absolute truth, which means the other group’s truth is not the truth. The source of all conflict between Muslims and… Read more »

On Diane Rehm Show this morning, three callers in a row attacked Islam and were building on each other.  Yesterday, a guy in Wisconsin drove his car right into two Somali kids… Read more »