If we look at these two men running for office on the issues of Security, women, freedom economy, health care and foreign policy, it makes it easy to consider voting… Read more »

FunAsia Entertainment Center in Dallas hosted the Presidential debate watch in one of their banquet halls. It was supported by many non-partisan, non-political organizations to come together and learn about… Read more »

As a moderate Republican, I was banking on Romney, he is in indeed a good man, but a ruthless business man who will shut down things if they don’t pan… Read more »

It was good to see President Clinton bat for Obama; he puts things in perspective for people to see clearly what is happening. He has turned things around for Obama… Read more »

Republican Presidential nominee, Mitt Romney did deliver a good speech; indeed I remained connected with him throughout the speech. It sounded great, but not sure if it is merely a… Read more »

From January 2008 through March 2009, I have followed Obama’s speeches, indeed, I wrote about him in advance and he spoke similar words. He is a pluralist, an inclusivist who… Read more » 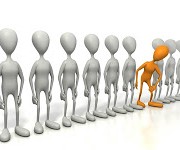 URL: http://nabsites.net/demo/texas-faith-obama-sparked-conversation/ The divide between individualism and communitarianism flashed to the surface last week during the presidential campaign. It came about after President Obama rather famously told a Virginia audience.  ”If you were successful,… Read more » 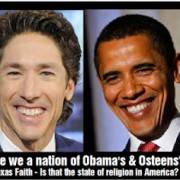 http://nabsites.net/demo/texas-faith-is-that-state-of-religion/ Years ago, I interviewed a Russian lady on my radio program about religion in America, her response was enlightening. She said, growing up in Russia, she was not conditioned… Read more »