First of all, it really should be Conservatives V. Progressives.  Indeed, they are two forces that pull and push the society to stay put or move forward. Yester year’s progressives… Read more »

Forgiveness is a central idea in every religion. All our religions are the essence of universal wisdom that are aimed at making our lives better. Whether we believe in a… Read more »

Indeed, it was a knock down drag out with dissembler Pamela Geller. Sean Hannity asked me to cut down on expletives, an unusual for me. I just read Pamela Geller’s… Read more »

Criticism of Islam, Prophet Muhammad (pbuh) and free speech http://nabsites.net/demo/criticism-of-islam-prophet-muhammad/If you wish to forward this article, please Click and send. We need to welcome every criticism of Qur’an, Islam and the Prophet and… Read more »

The problem Republicans have is “a policy coup by some hardnosed people,” in the words of Gen. Wesley Clark.  The right among Republicans is attempting to take over the direction… Read more »

Gov. Mike Huckabee capitalized on the situation and called on conservative Christians to rally for Chick-fil-A. There is nothing wrong in doing that, but using the opportunity to goad one… Read more » 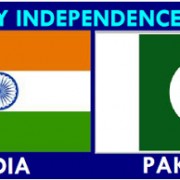 Each one of us is born free, and as we grow, we tie ourselves with our culture, individualism, collectivism, religionism, pluralism, regionalism, universalism, nationalism, bigotry and egalitarianism. The choice is… Read more »