I began writing a series called Festivals of the world in 1993 – first it was in my newspaper in Dallas, then it was broadcasted on my weekly radio show… Read more »

Sheikh Nimr | www.WorldMuslimCongress.com  Tuesday, January 5, 2016, Dallas, Texas. — The Monarchs of Saudi Arabia have executed Sheikh Nimr, a Shia Muslim religious leader for his expression of dissent.  There are… Read more »

Results for America Together Foundation, World Muslim Congress and the Foundation for Pluralism.  RESULTS FOR AMERICAN MUSLIMS Here is what we have done and will continue to do, and if… Read more » 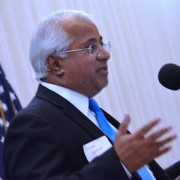 The Voice of Moderate Islam in America – Mike Ghouse: http://nabsites.net/demo/the-voice-of-moderate-islam-in-america/  Since 9/11, Americans across the political spectrum have been asking, “Who are the authentic moderates of Islam, and where are… Read more » 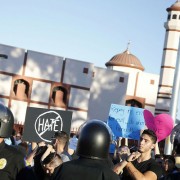 Much of the article has my quotes, hence posted here. http://www.csmonitor.com/USA/Society/2015/1010/Armed-anti-Muslim-protests-An-opportunity-for-dialogue Armed anti-Muslim protests: An opportunity for dialogue? Many US Muslims are wary as armed anti-radical Islam protests were planned… Read more » 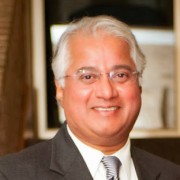 Moderate Muslim Speaker Mike GhouseSpeakerMikeGhouse@gmail.com  (214) 325-1916 Dr. Mike Ghouse is a public speaker, thinker, writer and a commentator on Pluralism, Islam, India, Israel-Palestine, Politics and other issues of the… Read more »