At times it is difficult for some of my friends to see me with ‘some’ people, and then they judge me by my company.  I am blessed to have friends… Read more »

Published by Huffington Post http://www.huffingtonpost.com/mike-ghouse/holocaust-and-the-muslim-_b_4629509.html Frequently, I am introduced in the following manner, “He is the first Muslim guy to commemorate Holocaust, and perhaps the first non-Jewish person to commemorate… Read more »

How do you assess Nelson Mandela’s complex legacy? The People of Dallas will honor Mandela by applying his principles, and initiate a symbolic reconciliation process with Native Americans on Sunday,… Read more »

Whether it is Columbus or President’s day, it is a day off! Who would not want a day off to catch up with friends and do the things that needed to… Read more » 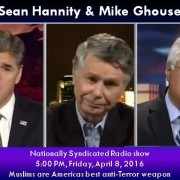 The bigger part of thanksgiving is sharing and caring. It is a day to express friendship and kindness to those who are struggling with the difficulties of life. It ought… Read more »

TEXAS FAITH: Do Jews, Christians and Muslims better understand each other since 9/11? Abstract:   Jews need sincerity and not duplicity. Native Americans need an apology and there is a good… Read more »