The Essence of Islam is a chapter from the book American Muslim Agenda available at Amazon and Kindle Islam remains a myth to many a people, including Muslims, simply because… Read more » 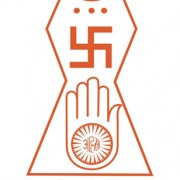 Paryushan – a Jain festival of forgiveness  For the Jains, followers of Jainism, a world religion, this is the month of reflection. Some observe fasting for nine days, and some… Read more »

I am pleased to share an article below by the title “Are Sikhs Really Hindus and does it really matter?. ” The article is really about parenting. There is a… Read more »

GEE DAD, GOD CAN BE WORSHIPED IN SO MANY WAYS. LESSONS IN PLURALISM I am pleased to share the wisdom of a seven year old girl, my daughter. Who wants… Read more »

This was a wake-up call for me to think through life, and I am pleased to share the following, this was written when the surgery was originally scheduled. Instead of an open… Read more »

Rosh Hashanah – Happy New year to our Jewish friends, a time to reflect on the past year and lookforward to the next with a commitment to do the personal… Read more » 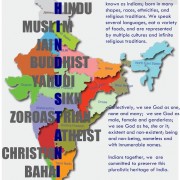 For years, we have seen India presented in incomplete, broken and fragmented pieces. It is time to present India as one nation, we need to talk, act and shape India as… Read more »

Mahavir Jayanti is the most important festival in Jainism, celebrating birth of Mahavira, the last Tirthankara ( Avatar) who established the religion of Jainism 2600 years ago.   Mahavira presented the… Read more »

Monotheism would not be a superior form of religious belief, if it gets Abrahamic faiths to gang up against others. However, if it becomes a panacea to develop cohesive societies… Read more »