What a joy it is to hear from Dilip Saheb about the pluralistic ethos of our great nation I jumped at it for I have written, something similar a few… Read more » 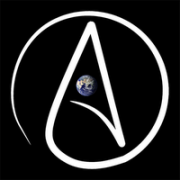 Belief in God does not hold a murderer, rapist, thief, misogynist, anti-Semitic, gayphobic, Islamophobic, or a racist from committing the wrong, his morality does, which is a product of living… Read more »