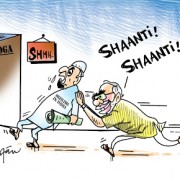 Yoga is the best thing that has happened to humans. It is good for human body as it  increases the cohesive functioning of mind, body and the soul. What messes… Read more » 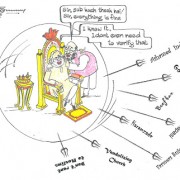 Prime Minister Modi is making all the classic mistakes of a man sitting inside the bubble, oblivious of the chaos outside the thin veil of the bubble. The men who… Read more »

INDIAN DEMOCRACY IS ALIVE – ASADUDDIN OWAISIhttp://nabsites.net/demo/decmocracy-alive-in-indian-parliamen/ I have criticized Mr. Asaduddin Owaisi in the past and will continue to do so for his approach. However, given that there is… Read more »

We criticize individuals with the idea of wanting them to reset their course and get back on the righteous path of justice, humility, truth and respect for every life. Here… Read more »

Years ago, India ranked # 1 on the list of corrupt nations in the world, and today it is not. Despite the economic, social, cultural frictions we have, we are… Read more »

Mahatma Gandhi, MLK, Mandela and others… have re-established the fact that when you are committed to serve with no personal gain, you will succeed. Arvind Kejriwal will succeed, I have… Read more »

The purpose of writing this note is for us to be conscious of the fact that, we will be redefining a lot of things.  We were formed as a Secular… Read more »

Narendra Modi’s words sound hollowURL – http://nabsites.net/demo/modi-says-he-was-shaken-to-core-by/ Mr. Narendra Modi, the chief minister of Gujarat has been compared for his focus on development of his state, while tearing the social… Read more »