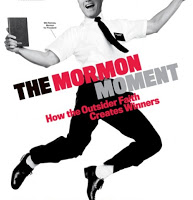 What issue would you most like to discuss with a Mormon about their religious faith?

The Christian battles with The Church of Jesus Christ of Latter-day Saints (Mormons) are seemingly internal. Most non-Christians treat Mormons as a Christian denomination. Years ago, in a public program we had organized for the Foundation for Pluralism, we listed Mormons as a Christian denomination. Interestingly, a response from a Mormon attendee was amazing. He asked, “Do you really mean this?”
Today, the most common public issues that religious leaders yearn to influence are abortion, same-sex marriage, contraceptives, charity work and immigration. Most religious leaders range from accepting to rejecting the “otherness” of others. Either they are roped in by the politicians to play their tunes or politicians seize the opportunity to advance themselves. Mormons, in this area, seem to be no different than anyone else.
One of the founding principles of all religions is to inculcate humility in its followers as the faith builds communities. However, a few greedy pastors, imams, rabbis, pundits, shamans and other vainglorious clergy, preach just the opposite: arrogance. They are bent on denying divinity to others and making villain out of God, as if God has signed an exclusive deal with them behind other’s back.
In January, 10 national evangelical pastors met in Texas to undo Romney’s gains and unleashed Santorum on him. Outside of this group, a few have called Romney’s faith a cult and a few others said he was not Christian enough! Obviously, the Republican leadership and the tea party are not in tune with moderate Republicans, let alone the American public. Against, their scheme, the presumptive Republican nominee is Romney now.
Indeed, there are a few in each group who see other’s religious practices as weird. They arrogantly assume their practices are perfect to others. One of my favorite authors from my youth, Dr. Khushwant Singh, who was editor of the famous Illustrated weekly of India and a Sikh who wears full Sikhism on him, had criticized Muslims for not being progressive. He urged them to give up the veil and start drinking alcohol! Do you see the kettle calling the pot black? No one is free from this hubris.
As a moderate Republican, I do not see Mormons as any different than other groups of people, including Baptists, Presbyterians, Evangelicals, Methodists, Catholics, Lutherans, Hindus, Jews, Muslims, Buddhists, Sikhs and others who believe in a God and seek his guidance.
“The Mormon Moment” will come when they make their places of worship open to the public. Even though every chapel has a sign that welcomes visitors, and I have been to several including one in Saudi Arabia in 1979, the myths continue to persist. That includes about underwear, polygamy, obedience from women, and temple ordinances limiting entry to the inside sanctuary even to Ann Romney’s non-Mormon parents during her wedding.
It’s time to remove the myths, and the Mormon Church has an opportunity to do it through open houses, just as Muslims did after 9/11.
The myth that Romney would impose Mormon Sharia law onto Americans is no more valid than the idea that John Kennedy would impose a Catholic Sharia onto Americans when he was elected. President Carter did not impose a Baptist Sharia and President Bush did not impose Methodist Sharia.
It is time to ask them! I am convinced that it is better and more truthful to learn of others from them as they say “this is what we believe” rather than from those who would say, “This is what they believe”.
Let us all thank God, by whatever name we know Him, that we live in America, the land of the free and the land where we can, each and every one of us, be ourselves! We have left an ugly past behind us, including persecuting Native Americans, African-Americans, Catholics, Jews, Baptists and others. We must now go further and spare Muslims, LGBT communities, Mexicans, Mormons and a few others. We need to grow up and learn to accept the “otherness” of others and tremember that this is the new American exceptionalism: Pluralism!
To see all the Nine contributions, please visit Dallas Morning Newshttp://religionblog.dallasnews.com/archives/2012/04/texas-faith-the-mormon-moment.html
# # #
MikeGhouse is committed to building a
Cohesive America and
offers pluralistic solutions on issues of the day. He is a professional speaker,
thinker and a writer on pluralism, politics, civic affairs, Islam, India, Israel, peace and
justice. Mike is a frequent guest on Sean Hannity show on
Fox TV, and a commentator on national radio networks, he writes weekly at Dallas Morning
News and regularly at Huffington post, and
several other periodicals across the world. The blog www.TheGhousediary.com is
updated daily.