What a great man! Yes, one man can make a difference, and he did as his Mentor Gandhi paved the way. MLK removed guilt from most Americans who did not… Read more »

I was at the Indian Embassy to pay homage to the Mahatma. I wrote a challenging but genuine article (last year) about Gandhi being ejected from India. Today is Gandhi’s… Read more »

Thanks to the Media is a chapter from the book American Muslim Agenda available at Amazon and Kindle Thanks to Fox News, particularly Sean Hannity and Stuart Varney. Please hold… Read more »

By Mike Ghouse Today is Gandhi’s birthday, and it is time to reflect on the hatred and love he receives from Indians. A majority of the Indians and the world… Read more »

THE CONFEDERATE STATUES MUST STAY – DON’T WHITEWASH THE HISTORY We cannot whitewash history by wiping the ugly aspects of it. Good, bad, or ugly, the statues are a part… Read more » 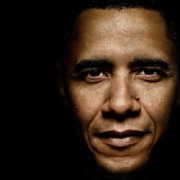 A tribute to Gandhi | www.TheGhousediary.com Mahatma Gandhi was shot dead 68 years ago on this day, January 30, 1948. Mahatma Gandhi is one of my nine favorite personalities. I… Read more »

Mahatma Gandhi; do not poison your childrenhttp://nabsites.net/demo/mahatma-gandhi-do-not-poison-your/By Mike Ghouse, Pluralist Thanks to Saddahaq and MilliGazette for publishing this in their esteemed journalshttp://www.milligazette.com/news/11074-best-tribute-to-mahatma-gandhi-do-not-poison-your-children Today is Mahatma Gandhi’s birthday celebrations known as… Read more »

URL – http://nabsites.net/demo/praying-for-nelson-mandela-symbol-of/ Sunday, February 11, 1990 was a heavy day for me, I was glued to the TV to watch the historical event happening in my life time; the… Read more »

There is a world out there that is not physical; it is imaginary but real at times. Inspired by my facebook friends Joyi, Kush, Cathie and my two Nephews Tanveer… Read more »

Mahatma Gandhi was shot on this day on January 30 in 1948. He was determined to seek freedom for India from the mighty Great Britain, and he got it without… Read more »