Christians threatened in India and Pakistan. Christians are being threatened to stop praying. The first part of the video is from near Sialkot, Pakistan, and it is in the Urdu… Read more »

TODAY IS MARTIN LUTHER KING JR’S., BIRTHDAY. We the naturalized and born Americans are deeply indebted to Martin Luther Kings Jr., for it is his struggle to free Americans from… Read more »

Thanks to JFK, his immortal words will become the crutch to great men and women of our future, a corollary of which will become a standard for them, “I am… Read more »

With all that hype after Trayvon Martin about Florida being not a good place for blacks, here is a living proof of Martin Luther King, Jr.’s dream. We were gathered… Read more » 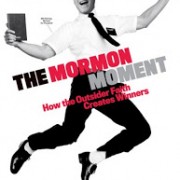 Courtesy: Newsweek What issue would you most like to discuss with a Mormon about their religious faith? Nine Texas Faith Panelists weigh in on it MIKE GHOUSE, President, Foundation for… Read more »

As Americans we have to stand up for the rights of fellow citizens who are Catholic. Why should anyone stand up for us, if we are not willing to do… Read more »

Today is the sixty third Anniversary of Mahatma Gandhi’s martyrdom; he brought freedom to the people of India. He is affectionately called Bapu and the father of the nation. I have always… Read more »