I welcome this wholeheartedly. Indeed, it is the right thing to teach the next generation of kids to be universal, familiar with technology, and know about their fellow humans. If… Read more »

This article was first Published on Sunday, March 23, 2008 at – : http://worldmuslimcongress.blogspot.com/2008/03/church-in-saudi-arabia.html I have lost track of a Saudi minister who had asked me to put together an… Read more »

SAUDI ARABIA, don’t F*** with Americans Prick Salman, the conman can con Trump and Kushner, but not Americans, we the people are defenders of freedom of speech and free will. It is… Read more »

Sheikh Nimr | www.WorldMuslimCongress.com  Tuesday, January 5, 2016, Dallas, Texas. — The Monarchs of Saudi Arabia have executed Sheikh Nimr, a Shia Muslim religious leader for his expression of dissent.  There are… Read more » 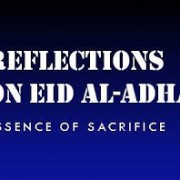 Muslims to reflect on Eid-Al-Adha | TheGhouseDiary.com Washington, D.C., September 23, 2015 – This Eid, unlike most of the festivities of the past is different.  American Muslims are reflecting on… Read more »

ATHEISTS IN SAUDI ARABIAURL – http://worldmuslimcongress.blogspot.com/2014/06/in-cradle-of-islam-growing-number-of.html God tells in Qur’an, ” … Let there be no compulsion in religion: Truth stands out clear from Error …” [2:256] This is Islam’s… Read more » 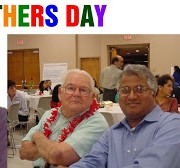 http://nabsites.net/demo/honoring-fathers-happy-fathers-day/ My father Abdul Rahman, my dadly-friends Everett Blauvelt and DD Maini My father is my hero. He opened the windows of wisdom to me and led his life as… Read more »

CORRECTIVE NOTE:  May 25, 2012 – Apparently this is old News prior to correction, however, I have asked the writers in Saudi Arabia to present the new and improved curricullum,… Read more »