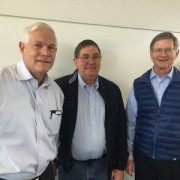 Why I love America | www.TheGhousediary.com This is what makes America great; big men being ordinary with no air of arrogance.  January 8, 2016, Reagan Airport, Washington, D.C. — Congressman Pete… Read more » 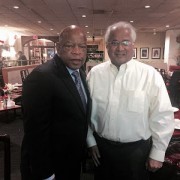 September 20, 2013. Louisville, Kentucky – The legends of Louisville; Mrs. Rafiqa Hussain and Dr. Muhammad Hussain were honored in a gathering at Islamic Society of Louisville. I did not… Read more »

Here are a variety of clips within 2 hours of the show – a total of 150 items have made it on the search engine, here are a few…Its amazing… Read more »

Mahatma Gandhi was shot on this day on January 30 in 1948. He was determined to seek freedom for India from the mighty Great Britain, and he got it without… Read more »

HOPE FOR ISRAEL PALESTINIAN PEACE PROCESSMoving forward with Israel Palestinian confederation http://nabsites.net/demo/a-ray-of-hope-for-israeli-palestinian/ Each one of us is responsible to contribute towards the common good of the society we live in…. Read more »

http://nabsites.net/demo/romney-there-you-go-again/ Romney: Hey Carl, did you watch the DNC convention? They had every American representation speak out there, boy, if Americans watched that they will not vote for me? Rove:… Read more »

Video and photo links included below Let’s reflect for a moment, whether a tornadoes rips through the town, or a flood or an earth quake devastates lives. We do not… Read more »

Honorable Secretary of the United Nations, Mr. Ban Ki -Moon, I salute you for taking the stand on the human rights of the GLBT community. It is time the leaders… Read more »

Chief Akeem and Mike Ghouse – pictures in album link below March 14, 2012 – We went to see George Akeem and his family in El-Reno, Oklahoma. George is the… Read more »