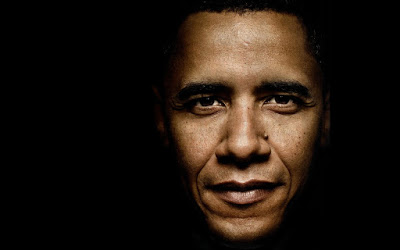 Spread the love
A tribute to Gandhi | www.TheGhousediary.com
Mahatma Gandhi was
shot dead 68 years ago on this day, January 30, 1948.

Mahatma Gandhi is one of my nine favorite personalities. I call them my
mentors, meaning I think about them regularly and that they are; Jesus Christ, Prophet
Muhammad, Mahatma Gandhi, Mother Teresa, Martin Luther King, Pope Frances, and President
Barack Obama. Of course, my father and mother top the list, I am who I am today
because of them opening the windows of knowledge to me.

These are the men and women I have come to adore; their passion was to create cohesive
societies where everyone can live without fear of the other.

By the time I croak my list may grow to be 10, as there is one more individual I
am studying and he may become the 10th favorite Pluralists, i.e., those
who respect the otherness of others and accept the God given uniqueness of each
one of us.

Every year, for the last 25 years, I have been writing a note about him on his
death and birth anniversaries, this is my way of paying tribute and expressing
the gratitude to a man who gave so much to India and the world.

By the way, I have
seen Gandhi in my dream twice, way back in early 70’s and in the early 2000 –
both the times he pats on my back and says, Son you have a lot of work to do,
and that has remained my inspiration to do the work I do.

Why did he wear the loin cloth and not the suits? Indeed, he was a Law graduate
of University College of London, a successful Lawyer in South Africa and he
wore the three piece suits like all the Englishmen did during the period.

Do you remember one of his thousands of quotes – “Be the change you wish to see
in the world.” What does it mean? One of the major social reforms he brought to
India was ‘acceptability’ of the ‘untouchables’, it is a shameful part of
history of civilizations where humans were dehumanized, including here in the United
States.  He wanted the downtrodden and
the poor masses to relate with him and he wanted to be one of them and not the
elites who look down upon them.  Prophet
Muhammad did similar thing – he gave Bilal, the slave whom he freed, the
highest spiritual status among his followers, it was a jolt to the society, but
it knocked their prejudices down. My father did the same, which I have written
separately, you see the same trend with Jesus, Mother Teresa, Pope Frances and
others – they had zero prejudice towards fellow beings. God bless them all.

Given what Gandhi
stood for, two things are going severely wrong in India, a handful of
extremists have taken over and mistreating the Dalits (Untouchables) and the shameful
celebration of the man who shot Gandhi. They are building temples to Godify
this man Godse who killed Gandhi. I hope the Indian Government on this day
makes a commitment to follow the law, to treat all humans equally and to value
the freedom of speech. It is a shame, if we don’t speak up against injustice
and let the seeds of discrimination grow in a nation that is beacon of hope to
many nations.
Season of Non-Violence

Season of Non-Violence begins today, January 30th, on the day of
Mahatma Gandhi was assassinated and concludes on April 4th the day Martin
Luther King Jr. was assassinated. It is a “64
Days of Daily Messages for Social Media

The
site  http://www.agnt.org/season-for-nonviolence
has beautiful graphics and daily messages in web format to inspire, create
discussion, and hold in our thoughts each day during the 64 Days of the Season.
Consider having your SNV campaign be to share these on Facebook or Twitter.
Then, be sure to check back in with us to let us
know how your social network is growing by sharing these graphics.”  I cannot forget my friend Len Ellis of Dallas
for his dedication to this season and the messages he shares.
This year like the
last few years, we talk about the peace makers of the world, in the beginning
it was Gandhi and MLK, now Dalai Lama, Nelson Mandela are added, and I have
added Prophet Muhammad to the season.

Watch out for the day, I will be giving a talk about what these men did to
build a cohesive society, where humanity can live in peace and harmony.

This is not complete, I will be adding more to this at TheGhouseDiary.com

Thank you,
Mike Ghouse,
(214) 325-1916
Washington, DC
Dr. Mike Ghouse is a
community consultant, social scientist, thinker, writer, newsmaker and a
professional speaker on Pluralism, Interfaith, Islam,  politics, human rights, and foreign
policy.  Mike is committed to building cohesive societies and
offers pluralistic solutions on issues of the day. More about him in 63 links
at www.MikeGhouse.net and his writings
are at TheGhousediary.com
=