This article was first Published on May 23, 2019 at – : https://centerforpluralism.com/the-scourge-of-casteism-in-america/ Wednesday, May 22, 2019, Capitol Hill, Washington, DC — The Equality Labs of America presented a historic… Read more » 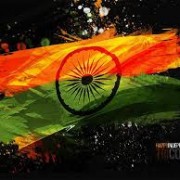 Happy Independence day to Indians | MikeGhouseforIndia.blogspot.com My dear Fellow Indians,  As we proudly celebrate the 69th anniversary of our independence, we must have a full Thaali in front of us to… Read more »