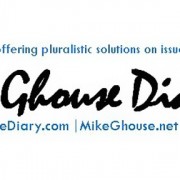 The 5th Annual reflection on Holocaust and Genocides was held on Sunday, January 22, 2012 at Unity Church of Dallas in Texas. Education was the purpose; we have to learn,… Read more »

911 STORY OF INTERFAITH MOMENTS Since September 11, 2001, many stories have been told and experiences shared, but here is one story among many that Americans in general and Muslims… Read more »

DO THE REPUBLICANS UNDERSTAND SHARIAH? www.ShariaLaws.com As American Muslims we are committed to the safety, security and prosperity of America. That’s a pledge we take seriously and act upon it…. Read more »

CANDIDATES FORUM: Re-shaping Carrollton tonight It is not a run of the mill candidate forum and it is not about the typical budget issue. It is about building a cohesive… Read more »

Dallas Morning News poses a question a week on issues of the day. Mike Ghouse has been offering his pluralistic take on issues along with a dozen other Texas Faith Panelists. Here… Read more »

http://nabsites.net/demo/israel-palestine-peace-begins-with-you/ Thomas Thomas Friedman beat me to it; this is the solution for the endless conflict in the Middle-East. I urge the right wing Jewish, Muslim and Christian organizations not… Read more »

I was with Yasmeen this last weekend in Louisville and together we went to see her brother and sister’s families in Atlanta. It is always good to be with familiy! Yasmeen drove over… Read more »

http://nabsites.net/demo/obama-will-deliver-security-to-israe/ We read a whole lot of material from the right wingers, though they have an aggressive presence in the Mediascape, they do not represent the majority. The American Public… Read more »

Talking with Beck, Hannity and OReilly does not produce peace for the people of Israel, it will aggravate it, but ensures them the short sighted audience numbers and enhanced ratings,… Read more »