This article was first Published on Jun 19, 2017 at – : https://www.huffpost.com/entry/muslims-need-a-tune-up-on-free-speech-and-a-lot-of_b_59455df1e4b0d188d027feeb As a Muslim I will defend free speech, even if it goes against my traditions and my… Read more »

This article was first Published on March 9, 2019 at – : https://centerforpluralism.com/ilhan-omar-and-the-free-speech/ Ilhan Omar on Free speech.Thanks to Walter Ruby, I have removed the word Hero from the article…. Read more » 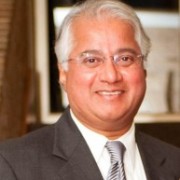 Published at The Daily Arab NewsPamela Geller is not for free speech – donors beware Mike Ghouse blogger Freedom of speech is the most enduring, stabilizing, sustainable value of a… Read more »

Bill Maher should not be stopped from speaking either; I will equally defend his right to free speech. I am speaking up in particular because the people opposing his freedom… Read more »

MUSLIMS DON’T GET IT The Legitimacy of Muslim protests about the film ‘Innocence of Muslims’ and the freedom of speech are major issues facing the world today. I am pleased… Read more »