Lessons in Foreign policy: Mr. Netanyahu and his ilk can fool us in America once, but not twice, and we are not the guinea pigs of his erratic genocidal behavior. Netanyahu… Read more »

Back off Mr. Netanyahu | Don’t you mess with America! Time to stop Netanyahu from lying to America, blocking his speech to the unofficial joint session of the US Congress.  Mr…. Read more »

Modi has the passion to leave his legacy, he wants to put his stamp on India. There is something about him that makes him uncommon. This may be an euphoric… Read more »

BUILDING BRIDGES – MIKE GHOUSE ON TURKISH TV-A9God wants us to live in peace, and harmony with each other.  If we follow the Sunnah (practice) of Prophet Muhammad and follow… Read more »

Obama’s last but one chance to gain over Romney Governor Romney delivered a good speech on foreign policy today, though it lacks substance, it has an appeal to those who… Read more » 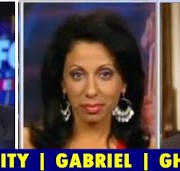 Talking points on Hannity tonight with Ghouse and Gabrielle President Mohamed Morsi Support for Egypt is critical; Israel’s security is at stake, Israel does not need an aggressive neighbor and… Read more »