This article was first Published on Wednesday, April 23, 2008 at – : http://worldmuslimcongress.blogspot.com/2008/04/ahmadiyya-muslims-what-next.html A few articles and comments below;Ahmadiyya Muslims, what next?http://worldmuslimcongress.blogspot.com/2008/04/ahmadiyya-muslims-what-next.html The real issue is not about who… Read more »

This article is worth reading, it highlights a weakness among Muslim leaders to lean towards dictatorship, an apparent deficiency in their faith in God, that they do not consider God… Read more »

It was a pleasure to attend the peace lunch in Beverly Hills California on Saturday, May 11, 2013.  Hazrat Mirza Masroor Ahmad, the Khalifa of Ahmadiyya Muslim community delivered a perfect message… Read more » 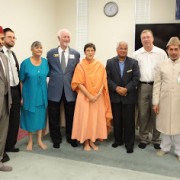 Dr. Abdus Salam, the only Muslim Nobel Laureate of Pakistan. Published at Huffington Post. http://www.huffingtonpost.com/mike-ghouse/stripping-nobel-prize-from-muslim-abdus-salam_b_1244138.html It is a shame that many of the Pakistani people I have been interacting have… Read more » 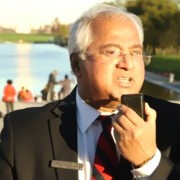 Please note: If you believe that yours is the only way, this is not for you.    Houston, Saturday, January 21, 2012. The Ahmadiyya Muslim community held an interfaith symposium,… Read more »