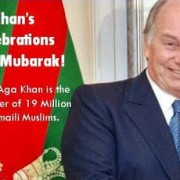 This is my Pope, and I am a Muslim. URL-http://nabsites.net/demo/pope-francis-this-is-my-pope-and-i-a/ There was a paucity of moral leadership in the world, a leader who can confidently bring about a balance and… Read more »

The purpose of discussion is to learn, to exchange and to know, so we have fewer conflicts.   Quran emphasizes that the best one amongst you is the one who knows… Read more »

The most persecuted communities among Muslims today are the Ahmadiyya Muslims followed by Shia Muslims by Sunni Muslims.  We know it is not Islamic to be unjust, oppressive and harassive… Read more »

In reference to a press release, “Khalifa of Islam delivers ‘a powerful and inspiring address, in EU Parliament” Maulana Suharwardy crossed the sacred interfaith line of denying the rights of… Read more »

Americans Muslims are fully committed to a strong, peaceful, prosperous and secure America. As Americans, we uphold, protect, defend and celebrate the values enshrined in our constitution. Our faith reinforces… Read more » 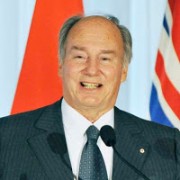 URL – http://nabsites.net/demo/happy-khushali-and-happy-imamat-day-to/ The Aga Khan strongly believes and practices in serving the humanity, as it is a strong component of Islamic tradition called Huqooqul Ibad, the rights of fellow beings…. Read more »

Music is one big part of the harmony that binds people; it is a reflection of one’s moods. When we are joyous, we have to give expression to that sentiment… Read more »