The speech by the Maulana is in Urdu/Hindi. Shivaji did not fight with Aurangzeb to eliminate Muslims, but to expand his territory – that is what all the bloody kings… Read more » 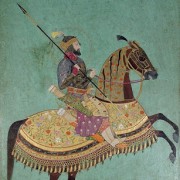 Bhagvad Gita’s wisdom “Finding the truth is one’s own responsibility” turned my life around, when the awakening came, it was strengthened by what my Mother had said,” You alone are… Read more »

The Sikhs across the world would be joined by Hindus, Muslims and others in celebrating the 545th birth anniversary of Baba Guru Nanak, the fountain head of Sikhism. URL –… Read more »