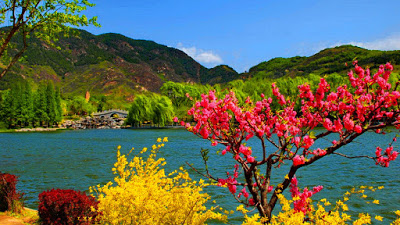 No nation should be formed on the basis of religion anymore.  We have seen
the ugly results of it, and any nation that is formed now should be
democratic in governance, where all people’s rights are protected.

There should never be an Islamic, Christian, Hindu or Jewish state, as religion is practiced by humans, and they may not live up to its
highest principles. I would rather have a bad democracy over a theocracy, in a democracy we have a chance of correcting the course, and peacefully replacing the corrupt guys with good guys,  you cannot do that in a theocracy. Then the question is whose
theocracy will it be?
Shia, Ahmadiyya,
Hindu, Christian and Sikh minorities live in apprehension in Pakistan, and in
Bangladesh, you can add the Buddhist Minorities who are equally harassed.
The current but short-lived Hindutva wave in India is also causing apprehensions
among Muslims, Christians, Sikhs and other minorities.
The authentic Islam that respects the otherness of others, honors dignity of every human, and believes in living your own life and letting others live theirs is part of the individual Muslim psyche, but it has not reached in governance of many a Muslim nations. As a Muslim, I invite
fellow Muslims to stand against the brand of Islam practiced in Pakistan,  Saudi Arabia, Iran, Sudan and…. others. There is no respect for other
traditions within Islam in these nations, let alone others.  They claim to follow Islam, but they don’t.

Islam is my religion and I love it, most of us want it to remain a personal guidance to continue to make us good
humans and good citizens with no political ambitions to rule others, but to serve others as fellow beings.  The idea of ruling others in the name of a religion, corrupts that religion, any
religion for that matter.

God honors caring people over religious people who do not care, caring is
emphasized here. There are numerous examples – if someone gives water to a
thirsty cat, God is willing to forgive his or her shortcomings, and such is the
value places on caring for others.  God
loves the man who shares his food with hungry fellow being, even if that person
has committed sin over a guy who prays all day long. God only knows what is in your heart and you are reminded not to judge other people’s faith.  God says in Quran, whether
you are Jewish, Christian or Pagan, if you take care of fellow humans, he or
she need not worry, as he would earn God’s grace.  Similar thoughts are in Hinduism,
Christianity and other faiths – do the followers of all faiths follow their religion
to the full? Then, why do we need a religion in governance?

An Independent
Kashmir is not good for Kashmiris, Indians or Pakistanis. The extremists loaded
with guns will swallow it and terrorize everyone, but most certainly Muslims for not following their brand of Islam. They will be
coming from around the world to establish a false Islamic Caliphate in the
likes of Islamic state, where they rape women, make them slaves and sell them, completely against the principles of Islam.

Islamic Caliphate should be consistently discouraged, what we need is
democracies, which is Islamic in nature, you elect your representative who is
trustworthy, but there will be a contest with other trust worthy individuals. That
is how it was done during the first four Caliphs of Islam, and after that it
was always run by  dictators and kings and together they have messed
up what Islam is all about to suit their whims, Islam is a system designed for individuals to create cohesive societies where no
human has to live in fear of the other with justice, mercy and equality to all.

Kashmir and Kashmiris
are better off with a Pluralistic India, where they can choose who governs them
freely. You can fix the problems in a democracy, but not in a theocracy.

Dr. Mike Ghouse is a community consultant, social scientist, thinker, writer,
news maker, and a speaker on Pluralism, Interfaith, Islam, politics, terrorism, human rights, India, Israel-Palestine and foreign
policy. He is committed to building cohesive societies and offers
pluralistic solutions on issues of the day. Visit him in 63 links at
www.MikeGhouse.net and a bulk of his writings are at TheGhousediary.com and
several blogs listed there in.