INTERNATIONAL WOMENS -WHAT CAN YOU DO? Let’s shed our stinky attitude of discounting “what does she know” or assuming you have to step in to the situation because you are… Read more » 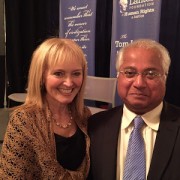 Clearly societal attitudes change in some key areas. And religious organizations, like many other institutions, are forced to respond. Eleven Texas Faith panelists at Dallas Morning News write their take… Read more » 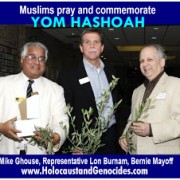 Muslims join Jews in commemorating Yom HaShoah. The best thing you can do to support Jews in their most solemn moment of history  is to visit the Holocaust Museum in your city and… Read more »

Here is a Religious formula that needs empirical data to support it. However, if you make a serious observation of your groups,  of people over 100, you can comfortably see… Read more »

NOTE: Susan Mckenzie my friend has the ability to turn my articles into bullet format that makes a lot of sense. Here is another one of Susan’s miracles. Make this… Read more »

Are Muslims a part of the American story? By: Mike Ghousehttp://wisdomofreligion.blogspot.com/2009/04/are-muslims-part-of-american-story.html Indeed, we are not connected enough with the mainstream society for a vast majority of Americans to stand up… Read more »

Do you agree with those religious leaders who say that America is a “Christian nation” or a “Judeo-Christian nation?” and what does that mean in practice? Our Texas Faith panel… Read more »