This article was first Published on October 6, 2020 at – : https://worldmuslimcongress.org/truthfulness-v-taqiya-islamic-value-4-in-the-book-american-muslim-agenda/ Extracted from the Book American Muslim Agenda by Dr. Mike Ghouse Truth is the most sacred value… Read more »

This article was first Published on Saturday, March 8, 2008 at – : http://worldmuslimcongress.blogspot.com/2008/03/gender-equality-now.html A peace maker constantly seeks to mitigate conflicts and nurtures goodwill for peaceful co-existence. His or… Read more »

URL – http://nabsites.net/demo/funeral-prayers/ I was completely taken back when I wished prayers for a friend’s mother today. He was from a different faith, and deleted my message on Facebook with… Read more »

” Dallas, Texas – On September 21, Peace Pilot will light up the Texas Night with a large scale video projection across the exterior and interior walls of the Interfaith… Read more » 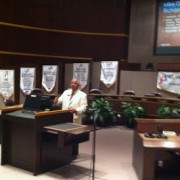 National day of prayer is an annual event, originally observed in 1775, and the US Congress formalized it in 1952, and revived in 1981.  It is a day, where Americans… Read more »

Pluralism Greetings and Prayer at the Pathways Unitarian Church South Lake, December 18, 2011 Sermon link:  http://theghousediary.blogspot.com/2011/12/my-sermon-at-pathway-unitarian.html    1. Essence of greetings A.  Acknowledging the stranger B.  Inviting the other… Read more »