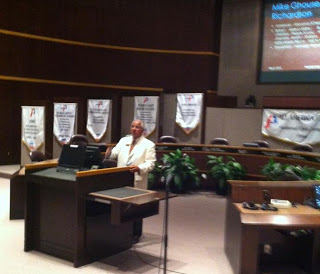 Spread the love
National
day of prayer is an annual event, originally observed in 1775, and the US Congress
formalized it in 1952, and revived in 1981.
It is a day, where Americans of different faiths come together and
express their gratitude to the creator in their own way. It is a way to learn
that God can be thanked in so many different ways.
I
have been a part of the interfaith movement since 1993, and I  have been fortunate to develop unique prayers and greetings format for the
event.
My
usual speech includes all religious traditions in the interfaith gatherings.
This time I was asked by the Plano Multi Cultural Association to represent
Islam and I did. This is the first time I have represented Islam in a gathering
like this, I usually speak on Pluralism and interfaith.  But I do speak on Islam, India, Israel and building cohesive pluralistic societies.

However, I did my
interfaith greetings, which includes explaining the essence of greetings in
each traditions and what it means to you and me.  The greetings shared were from Baha’i,
Buddhist, Christian, Hindu, Jain, Jewish, Muslim, Sikh, Wicca, Native Americans
and Zoroastrian traditions.

PLEASE NOTE: TWO
OF THE SCHEDULED SPEAKERS DID NOT SHOW UP. I was ready to fill in one and did
not take the 2nd one, which was Hindu; I thought there was a Hindu in the
audience, there was none.  No one prayed
the Hindu prayers, and I felt bad, it should never happen on my watch and in my presence. Organizers can call and follow up, but cannot produce the speakers.

NO MATTER WHAT
FAITH YOU BELONG TO, if you cannot make it, please call me in Dallas Fort Worth
area, I will fill in for your religion, any religion. I will go to New York or
Siberia to represent your faith, if you pay for it.

PRAYERS ARE THE
MOST BEAUTIFUL THING IN EVERY TRADITION, AND THEY ALL MEAN GOODNESS FOR
HUMANITY. Almost all faiths are inclusive in their prayers, meaning they wish
well for the entire humanity. If you sincerely believe there is only one ultimate
creator or causer of life, then it does not matter what name you call him ( her
or it) or how and what words you say.


Don’t judge others and other religions by a few you know, go by the majority and resist the  temptations to judge others, you will find your own goodness come to the surface when you start seeing the good in others. All prayers are beautiful.

In the past, I have
filled in for Hindu, Zoroastrian, Jewish, Baha’i, Jain, Buddhist, Sikh, Muslim
and other traditions.  I have not had a
chance to represent Christian tradition yet, as we are always blessed with
their presence.

A few pictures from the event are in this link.  I forgot my
camera and my Mrs. Shaheen Salaam, co-Chair of the event took the pictures from
her i-phone and shared it. Thanks
http://www.flickr.com/photos/mikeghouse/sets/72157629964330261/show/

Some of the prayers from the past
http://nabsites.net/demo/today-is-national-prayer-day-lets-pray/

http://wisdomofreligion.blogspot.com/2010/05/national-prayer-day-thursday-may-7-2010.html
MikeGhouse is committed to
building a Cohesive
America and offers pluralistic solutions on issues of the day. He is a professional speaker,
thinker and a writer on pluralism, politics, civic affairs, Islam, India, Israel, peace and
justice. Mike is a frequent guest on Sean Hannity show on
Fox TV, and a commentator on national radio networks, he contributes weekly to
the Texas Faith Column at Dallas Morning
News and regularly at Huffington post, and
several other periodicals across the world. The blog www.TheGhousediary.com is
updated daily.