Posted at [email protected] in response to concerns and question from Mian Waheed and Khalid Faridi. First of all, I second and endorse the words of Khalid, “Quran is our symbol…. Read more »

Who am I to worry about Israelis and Palestinians? What inspires me to be involved in the Israel Palestine conflict? The following is the story of my struggle to see… Read more » 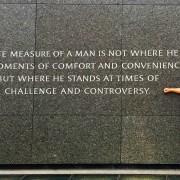 This is one of the most difficult programs I have organized and endured. Thank God, I have been able to survive the scathing remarks, biased attitudes, outright belligerence, threats and boycotts… Read more »

Female Genital Mutilation among Bohra community of India and Pakistan. I applaud the courage of Mr. Danish Ahmed for reporting this issue head on in his magazine Indian Muslim Observer…. Read more »

It is about the role of Muslims in participating and contributing towards the safety, security and well being of America. It’s our commitment to build a cohesive America where every… Read more »

At a school in Canada, the volunteers put a temporary barrier between high school boys and girls within the same cafeteria space for the Friday congregational Prayers. A Canadian Muslim… Read more »

http://nabsites.net/demo/blaming-west-no-one-can-cast-firs/ The below referenced items was published in one of my groups. It is an open forum and we have members of several different religious tradition in it including Jews,… Read more »

Here is little story about the Desi* people of  Dallas/ Forth Worth. DesiPlaza in Dallas is doing a series of interviews of people around the Dallas Fort Worth Metroplex and I… Read more »