As an American who believes in limited government, resents intrusions in one’s life and resists invasion of liberty, I think this idea of police presence in “Muslim areas” is downright stupid. 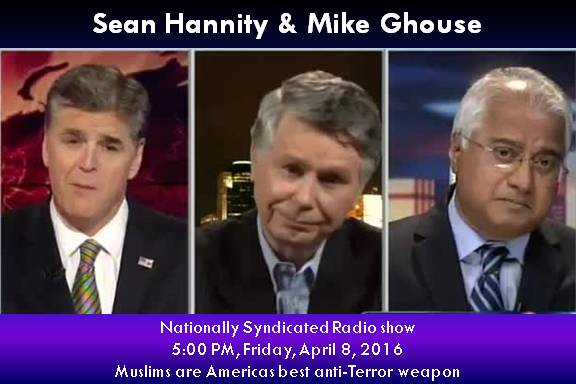 The more we integrate, the more we become one; we rise and fall together in goodness and crimes. It is senseless to allocate our resources for this one guy and ignore 354 mass murderers, who are part of the mainstream Americans.

Should I cry over the low intelligence of Ted Cruz? Has anyone checked out his IQ or Trump’s?  Where did he come up with the idea of “Muslim Neighborhoods?” There is no such thing as Muslim neighborhood, with the exception of a few neighborhoods in Texas, Muslims live amidst all other Americans in regular normal neighborhoods, and that is the right thing to do. But there is no exclusive Muslim neighborhood that I can find.

I was a manger for a home builder in Carrollton, Texas, and in phase 1, we built 113 Homes, the mosque was on the other side of the street.  Only three families bought homes there for elderly couples to walk to the Mosque.

By the way, Muslims get double shaft every time a terrorist blows himself up and hurts other innocent by standers. First they become suspect and second their religion gets maligned.  Muslims should be appreciated, because of the doubling down on them, they go the extra length to report, check with FBI, and nearly 2/3rds of bad guys were reported by Muslims.  We don’t want any one of those turds amidst us. We have a greater interest in getting rid of them than anyone else.

The New York Post writes, “By refusing to step up legitimate, community-oriented policing in Muslim neighborhoods, we’re doing a disservice to our Muslim citizens.” That is bull crap, 345 mass murderers from the mainstream community and one from the Muslims community are embedded among us, it is dumb to focus on one and ignore 354.

I severely criticize the dumbness of this statement “This threat may have originated in the Middle East, but after Paris, San Bernardino and Brussels, we know that our enemies are now embedded among us. If it’s politically incorrect to go searching for terrorists where we can reasonably expect terrorists to be, then political correctness will kill us.”

That is bull crap, 345 mass murderers from the mainstream community and one from the Muslims community is embedded among us, it is dumb to focus on one and ignore 354.

Here is the conversation from the show – https://www.youtube.com/watch?v=U3KMu5E9pl8