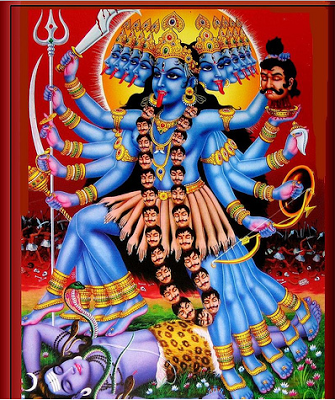 Spread the love
Not a day passes without someone accusing you of not
including his or her issue in your talk, write up or act. Per the legend, only
a woman, Kali Maa could perform many tasks at one time, she has multiple heads
and hands to do that.  When Obama speaks, no matter how good his
presentation is, there is always a group – anxiously waiting for him to recite
their name, and everything else is meaningless to them if their group is not
mentioned.

It’s not only Obama, everyone in the community service, a Pastor, Pundit,
Imam, Father, Rabbi, Gyaniji, Shaman or a religious head is also put to
the same tests. During the month of Ramadan, I have heard a few Imams who drag
their prayers to include every representation, and take a very long time to
recite such inclusive prayers, yet that would not be enough.

You are not an exception to such treatment and neither am I, and here is my
experience.

One of the three major annual events we hold is Holocaust and Genocides.
Given the 2 hours program, we divide it up into three segments; 30 Minutes for
Holocaust and 20 minutes for a Genocide (of the 50 Genocides on our list), and
20 minutes for a Massacre, the rest of the time goes for other chores.

Two years ago, we included a skit in the program to knock off the consistent
complaints. In the skit, I would go on the podium and start speaking, “Today,
we are going to talk about Holocaust, Sikh Genocide and Gaza Massacre… “Immediately
an individual who was assigned to play my father’s role would walk up to me and
slap hard on my face… and I fall on the floor.

He takes over the microphone and says, “I cannot believe you my son, I did not
teach you to exclude others and talk only about yours.” I get up from the floor
and grab the microphone and recite a long list of names about 25 Genocides
until I ran out of breath….  and fall again.

He grabs the phone again and says, “Oh I see now, sorry my Son, I did not
realize you can pack only 25 names of Genocides in one breath and not all the
50 on your list.”

Those who do not show up to the events always complain that, “Mike you are
biased, you did not include Kashmir Pundits or the Bosnia Genocide… My eternal
question to them is why did you forget Rwanda? Why did you forget Pol Pot? Why
did you forget…?

In the last 9 years, we have been able to talk about 12 or 13 Genocides, but
always show the entire list on the screen, even then there are Genocides we don’t
even know about.  Indeed, some day, I
will write a book about dealing with some of the most difficult situations with
different communities; – Muslims, Hindus, Christians, Sikhs, Jews, African
Americans, Native Americans and others.

The first time we put the program together in 2006, a few members (just a few)
of the Jewish community were on the edge and concerned about bringing up
Palestinian Massacres (Sabra and Shatila).  We do talk about every one, we must see the
inhumanity embedded in all of us to reflect and find solutions.  God has always been good to me and guided me during
that critical moment in the opening speech,  in my invocation, instead of naming all the
Genocides and Massacres, I called on a silent prayer and asked people to pray
for the Genocides and Massacres they knew, to make it an all inclusive event.
There was a sigh of relief on the faces of those few, wow! Silence is Golden.

We have to learn our limitations, we are not Kali Maa or a computer to
perform infinite multiple tasks in the given time, a single breath to a single
hour.

Now coming back to you, (the man who sent an email about me to groups) you can
deal with one issue at a time.  The Yoga was the issue and that is what we
dealt with.  If you want to talk about Kuwait Massacre, why didn’t you
mention other massacres including Charleston Massacre? If you go to one of the
Chinese buffets – why don’t you eat each one of the 72 items they have placed
on the table?

When you leave early from a party – do you go to every one of the
50 fellow guests and say goodbye to them? If you do, I’ve to learn from
you.
Let’s be contributors and not complainers.

Mike is a speaker, thinker, writer,
pluralist, TV-Radio commentator and a human rights activist committed to building
cohesive societies and offers pluralistic solutions on issues of the day. His
info in 63 links at MikeGhouse.net and
writings at TheGhouseDiary.com