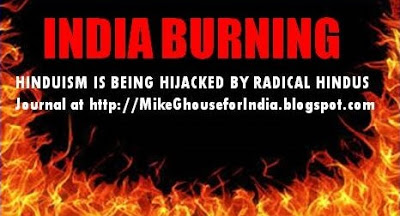 Spread the love
I urge Moderate Hindus around the world to condemn the new avatar of ISIS in India. Hindu religion is a peaceful religion and its name is being tarnished. They need to speak up, as the radical Hindus are hijacking their religion, they are openly dictating what one eats, wear or believe. Yesterday, a Chief Minister of a state was threatened to be beheaded if he ate beef. Writers were murdered in day light, men and women are being lynched for their beliefs…

What is Prime Minister Modi doing? Is he backing this extreme version of Hinduism? God only knows, he has remained silent over all these incidents. Not a word of condemnation?

Moderate Hindus have to speak up to save the good name of Hinduism.

Indians are consumed by the developments.

Are you telling me hacking Kulbargi to death is Hinduism?

Are you telling me messing with the face of Kulkarni is Hinduism?
If you think yes, then you have not understood Hinduism, a religion that teaches non-violence.

What does it take for you to understand that Hindutva and Hinduism are two different things, one is a political radical ideology and other is peaceful religion? Just as Islam and Islamism, Islam and ISIS and other combinations with other faiths.


When we see bad things happen, we have to speak up. It is not about Hindus, it is about India which is a collective pride of Hindus, Muslims, Christians, Sikhs, Jains, Dalits and all other Indians.

Most Indians are capable of discussions but a few are not, tend to be belligerent.  I urge them to stick to a topic and not jump from subject to subject without completing one. If you want to wrap up and get an understanding of the item, you have stick to the central theme of the discussion.  I further request my friends to respond with reason and fact, rather than resorting to calling the other a liar. Please develop the skills to distinguish between Hinduism and Hindutva, Islam and Islamism, Christianity and Neocons – one is a beautiful religion and other is a political ideology bent on subjugating the other.  We are all in this together to create a society where all of us can live in harmony and with least amount of conflicts. Let’s live our life and others live theirs.

Dr. Mike Ghouse is a community consultant, social scientist, thinker, writer and a speaker on Pluralism, Interfaith, Islam, politics, human rights, India,  foreign policy and building cohesive societies. Mike offers pluralistic solutions on issues of the day. More about him in 63 links at www.MikeGhouse.net and his writings are at TheGhousediary.com