Once stood for liberty, morality, individual freedoms, small government, and a balanced budget, among others. The Party has abandoned those values, and no one is defending it anymore. I bet most of them cannot even recite what their Party stands for.

I still hold those values, but the Party interferes in women’s right to choose, and their hatred for LGBTQ, and others is repugnant.

We need a movement to grow the independents who can set the right standards for governance. The hardcore Republicans and Democrats are lost tribes, and their loyalty is to the Party and not the nation.

Senator Lindsey Graham has no qualms with his 180 turn around, saying different things at different times about impeachment. He is a kiss ass guy with no shame. Someone ought to run against him, and I am sure his constituency is embarrassed about his flip flops. Do they need men like him to be their Senator?

Let’s consider forming Independent Majority – a movement to vote candidates that meet our agenda, and will set that agenda soon. 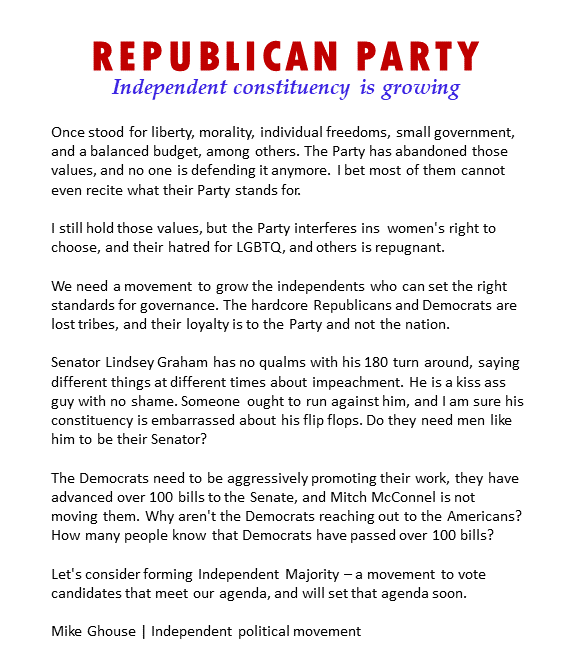