The National Council of Asian Indian Association (NCAIA) organized the event this evening. The Indian Ambassador to the United States graced his presence, and several county and state elected representatives attended the event. Good gathering, good food, and significant cultural dances – it was a well-organized program that started on time and finished on time! 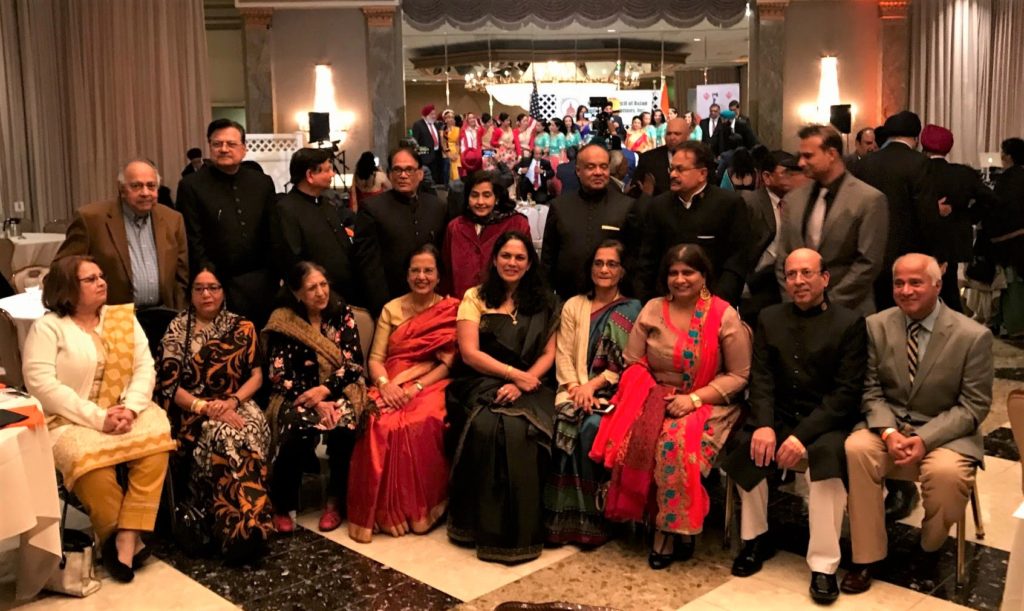 What is happening in India now is bad, bad and bad, but bad things don’t last, India has a history of 5000 years culture, and no one can force change it, it is resilient and will bounce back and the righteousness will the restored. Lord Krishna had promised whenever un-righteousness takes over, and he will emerge from among us to restore the goodness. The protests are him in disguise. India will return to normalcy soon.

Let me proudly add, that India is the first nation on the earth with true diversity; it is the first nation to be home to several religions. The Middle East comes after that with four different faiths. Can you guess the beliefs prevailed in India 2000 years ago, and in the Middle East? Now, America tops the nations in the number of religions, languages, cultures, ethnicities, and nationalities.

Random picture with friends. It is the first time that I did not take any pictures – If I were to take, I will end up writing about it, and spend several hours. So, I chose not to take pictures. It was good to see so many new faces and meet so many old friends.

If you are an Indian living in the Washington DC area, I would invite you to join our group. Call me to become a member. It is a great team and represents the character of India – inclusive with respect for all.