I am sure you have heard this sentence time and again from Mimbars of the Mosques, or at public lectures coming out of the mouths of traditional Muslim men. Of course traditional men in all faiths have not had the chance to learn sensitivity, civility and equality. 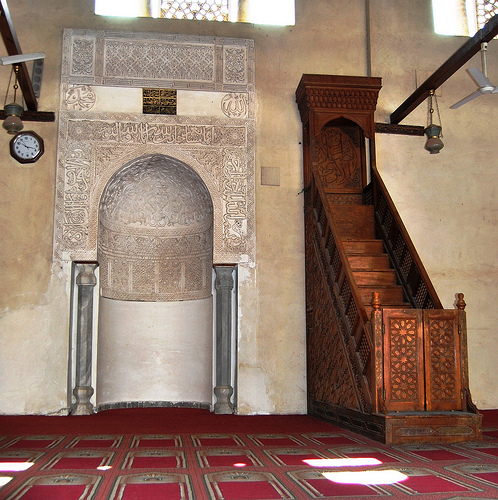 What we need is learning civility in dialogue before we utter such sentences in general public and particularly with our own youth. They are born and raised in a society where the norm at work place, schools or homes is equality. The sentence, “We (Islam) gave equal rights to women” shocks them all. If you sit among the youth during those lectures and see how they make their faces and tune off the lecture, you will understand why they resort to their cell phones during sermons. Indeed, these sentences cause alienation among youth.

‘We (Muslims) gave rights to the women’ would most certainly work in Saudi, Iran, Pakistan, India, Egypt, Indonesia, Sudan, Bangladesh and elsewhere due to the prevalence of higher degree of misogyny. However, the level of misogyny among the American and Canadian youth is very low and that sentence does not go well with them. It turns them off.

A decade ago, I brought this to the attention of a handful of Muslim men who speak in public.  It did not register with them at all.

I said, “You did not give the rights to women, you cannot give what is not yours – they were the God given inalienable rights that men had usurped from women and the Prophet (pbuh) restored it to them. However, men are men, no matter what religion, region or race they belong to, they are still trying to get out of misogynistic attitudes, and Muslims are no exception.”  What Prophet did was the right thing and what Muslims practice is yet to match it.

That sentence sounds like it came from a dictator, who gives the rights to women who were begging for it.  The speaker is not conscious of what he (usually he, it is rarely she) is saying, or does not understand the implications of that sentence.

The following video inspired me to write this article. The African lady uses exactly the same words in this video and it is worth watching.  The dominant forces in a society ought to learn from this. This is a powerful argument. Of course, the White lady did not speak right, and that was her limitation. But Muslim men in clergy positions should be sensitive.
https://www.facebook.com/830391263744952/videos/923468007770610/

Not all, but most Christian Churches have gotten away from “hell fire and brimstone” sermons as they started losing their flock. It is time for Muslims to learn to keep the sermons away from hell fire, very few American Muslims will go to hell, this is an honest country and most people are good human beings, we all have done enough good to offset the minor infractions we may have had.  The talk of hell fire turns off many, and that kind of talk does not encourage the youth, they don’t believe the parents of their good friends who are Hindus, Jews, Christians, Sikhs and others will go to hell, so they opt out of going to hear those sermons. We need to move away from words to essence of the words.

Sura Kafirun is one of the greatest Sura’s to learn how to conduct a civil dialogue. Of the all the six verses, not a single verse says that your faith is superior or inferior to the other, the beauty of that Sura is it puts the other on an equal footing and that is the condition of a true dialogue. Check this out – http://quraan-today.blogspot.com/2008/07/sura-kafirun-un-believers.html