I say America is God’s own country for it is blessed with people of every religion, race, region, languages, cultures and other uniquenesses.   We are a full representation of the planet earth, indeed, the Democratic National stage reflected American in its full glory. 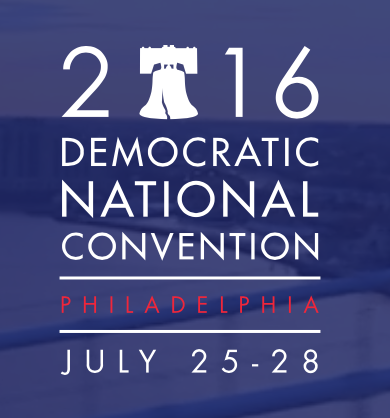 The women representing Black Lives matter made a great point, they spoke freely, and that is what our democracy is all about, to face the issues together and solve them.  None of the black people in the audience had to cringe!  Republicans pit one against the other, they even found a Black Sheriff who hated BLM – I don’t know where he grew up or how many accolades they showered him with not to understand the Black people. It is not easy to be a black, constantly living in fear no matter how careful they are how law abiding they are, they risk getting killed, beat up (yes) and arrested.

Thanks to the Cameramen for timely focusing on the audience addressed in the speeches.  I was watching a whole lot of Muslim women in benches, no one had to cringe.  None of the speakers made a mention of their group or their religion in negative terms. The survivor of 9/11 spoke about Terrorists, but did not use the word Muslim. Senator Amy Klobuchar, D-Minnesota spoke about ISIS terrorists and Boko Haram Terrorists with no prefixes or suffixes  with the word Muslim. Republicans don’t get this, they insist on adding Islam or Muslim to terrorism, how dumb can they be.  President Obama refuses to use the word radical with Islam, and for a good common sense reason – https://theghousediary.com/2016/06/15/obama-refuses-to-say-radical-islam-why/ .
We have to build a cohesive America, where no American has to live in apprehension or fear of the other.  Thank God for this convention.

Mike Ghouse for a Cohesive America – everything about me is at www.MikeGhouse.net