“Innocent until proven guilty,” is one of the greatest values of our justice system. However, like all values, it is abused as well. During Kavanaugh hearings, President Trump twisted the whole narrative into “Where is the idea of innocent until proven guilty.” A few of my fellow Americans who cannot see the value of our institution, The US Supreme Court, and are parroting what he said. 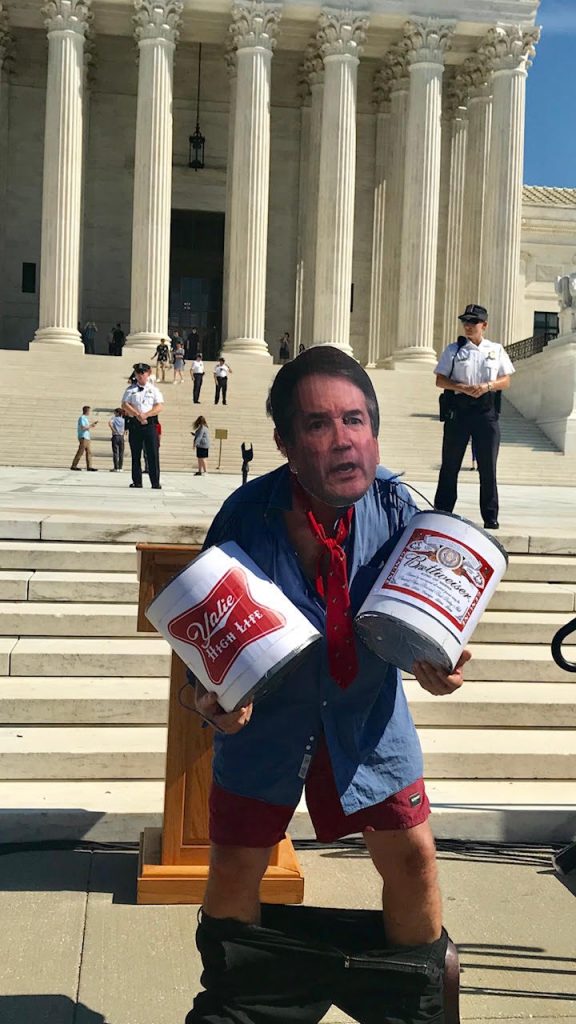 It should have been, can we put a man on the highest court of the land which is partisan? Who has lied about his drinking habits and who is coached by the White House? Kavanaugh in his speeches that got him the ratings said, the Judge must be apolitical beyond the shadow of the doubt. He is a bad choice. We will now have a Republican Supreme Court judge, what a farce nomination.

Thank God,  yet another tremendous American value has emerged. I was pleased to ask the question to many people, young, old, people of different races on the Washington Mall, what should we do if Kavanaugh is voted in? Invariably, almost all the people said, “Go Vote.” This is the America I cherish!

If Trump had been on the opposite side, he would have shown his ugly colors – do you remember he said, if he loses in the election, violence will break out? And he repeated that again? Inciting and threatening violence is not an American value. It is time to give the Senate majority to Democrats and House to the Republicans, so we have our checks and balances insured. We the people need to show to these rascals that they work for us, the people and not their party or those fund them.