Once your kids turn 18, you would know if you have failed or succeeded as a parent. I am pleased to share the two sides of the coin.

On Friday the 18th day of March 2016, it was a joy to officiate an interfaith marriage between a Muslim bride and a Mormon groom.  What transpired there was a joyful union of not only of the man and the woman but of their families.  I am pleased to share a few good things after the ceremony. I hope some of you can relate to it, and some rejoice it knowing that there are so many great parents out there. 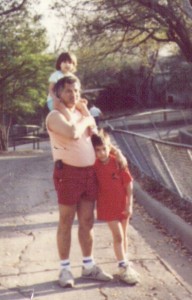 Some of the most beautiful moments of the weddings that I cherish were; the statement made by bride’s father, “My daughter took complete charge of this ceremony; it’s all her planning.” He was very proud of the fact that his little daughter is so capable. The Mother of the Bride, on the other hand, was standing quietly and admiring her daughter’s freedom and independence.  I wish I had taken her picture, she was standing right in front me absorbed in her daughter’s happiness.  The Grooms parents acknowledged how they have raised their son to be open minded about fellow humans. Of course, I can relate with his faith, one of my best friends was a Mormon. Groom’s mother was serenely happy and the father felt proud of seeing his son making a great choice.

This is the ultimate achievement of good parenting that your kids are independent and are ready to live their lives on their own terms.

On the other hand, if your kids fear you, you are missing the beauty of the relationship, but don’t lose hope, you can start the process of restoring the relationship now. 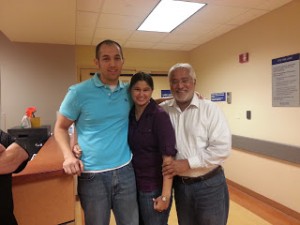 In one of the interfaith weddings I officiated a few years ago, a Christian man turned Atheist was marrying a Hindu girl, and his parents had disowned him and did not want to talk with him unless the girl is converted. (Conservatism is a part of every religion).  It took some counseling and the father agreed to attend the wedding ceremony if I call on Jesus as the witness, and groom agreed to live with it.  After all, that is the whole purpose of an interfaith marriage ceremony, to give a semblance of their faith in the sermon.  After the ceremony, the father who was standing aloof in the corner, walked up to me and gave a big hug and joined his kids in the celebrations. Thank God, the tenseness between the families evaporated in a hurry, it was meant to be.

You may consider watching the movie “2 States” with English subtitles; it is one of the finest Bollywood movies made about a tyrant father restoring his relationships with his son. However, the main plot of the movie was humor that comes with inter-ethnic marriages.

Good parenting involves a good relationship. If your kids are excited to share their story
or talk with you without fear, you are a damn good parent, and you are blessed with the relationship to cherish it for a lifetime.

Discipline yes, the punishment no.

I never spanked or screamed at my kids, there was no need for it, but, I am glad their mother gave them the discipline they needed,  while freedom was my thing.

It tears me apart when a few men shout at their kids, let alone beat them up. What a shame it is, they are incapable of respecting their own offspring, what will they respect then?  If they were not respected, it does not mean they have to pass it on to their offspring, we have to make it better for each successive generation, and they have to take that step.

One of the greatest lessons I have learned from my ex-wife was to keep love to discipline ratio above 4: 1, that is, give them love and hug four times before a disciplinary command. It worked well for me even though I was a failed disciplinarian, I just couldn’t be tough, particularly with my girl, when she responded with Yes Sirs, nor could I be tough with my boy, I could not stand humiliation on his face.  Now, as a Grandfather, I watch him deal with his little son, and what a joy it is to me that he treats his kid with patience, logic and reason, and the little sucker responds to him, just like he did with me. I am all smiles.

A few men have the arrogance to believe, that, unless you scream and frighten your kids, they don’t learn, that is baloney!  Imagine working for a boss who screams at you, thank God that breed is disappearing now. I had one like that in India.

What is the need to control kids?  Instead, you ought to think about the following pledge to restore your relationship with your family members;

“Let them be who they are”
“Let me get out of their way”
“Let me shed my arrogance to teach them”
“Let them make mistakes and correct themselves”
“Let them be independent”
“Let them make their own decision”
“Let me be a good listener to my kids”
“Let me not interrupt them while they are talking”
“Let me believe them when they say even the most outrageous things”
“Let me be their friend”
It is never too late, both the parent and the kids desire, want, and seek this, take the first step and enjoy the relationship with your family members.

Dr. Mike Ghouse is a community consultant, social scientist, thinker, writer, news maker, Interfaith Wedding officiant, and a speaker on Pluralism, Interfaith, Islam, politics, terrorism, human rights, India, Israel-Palestine, motivation, and foreign policy. He is committed to building cohesive societies and offers pluralistic solutions on issues of the day. Visit him (63 links) at www.MikeGhouse.net and www.TheGhousediary.com for his exclusive writings.