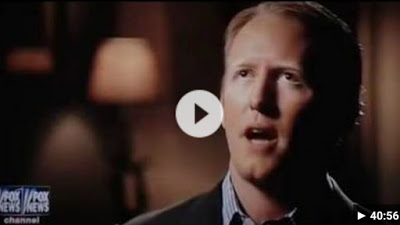 Spread the love
The reason for me to write this brief note about this film is – my own involvement in the 9/11 story and my commitment to serve my nation for eternity, as long as I live.

It was joyous for me to see this show, and it got doubled down when Fox reluctantly acknowledged President Obama’s role in it. I have heaped praises on Obama to remove the cancer instead of destroying the whole body like his predecessor did.

I hope my Republic friends see Obama’s success, I hope they appreciate him, he is the best one we have had, the economy is doing exceptionally well, even after the total disaster caused by Bush, the budget deficit is reducing, and we have a refreshed infrastructure and so much more… Thank you Mr. President, we have to express our gratitude to you, shame on those who are ungrateful for what you have done, that is very un-American of them.

1. The 9/11 Story has been read over 2 Million times, I was on the radio that day in 2001 for 6-8 hours trying to bring coherence to the world that was chaotic that day, we initiated interfaith prayers, blood donation and fund raising. I had declared my own war on UBL.  http://nabsites.net/demo/911-my-personal-journey-from-2001/

This movie brings a closure to so many, including me, which is best expressed in the Fox 4 News TV Dallas, a video the day UBL was killed.

Here is the video: https://www.youtube.com/watch?v=_nB_c5qHlj0

Watch the latest video at <a href=”http://video.foxnews.com/”>FoxNews.com</a>

Fox News Channel presents a new documentary entitled “The Man Who Killed Usama bin Laden” hosted by Washington correspondent Peter Doocy. The presentation will feature an exclusive interview with the Navy SEAL who says he fired the shots that killed terrorist leader Usama bin Laden. In the special, he describes the events leading up to and during the historical raid that took place on May 1, 2011.

Revealing his identity and speaking out publicly for the first time, the Navy SEAL, also known as “The Shooter,” will share his story of training to be a member of America’s elite fighting force and explain his involvement in Operation Neptune Spear, the mission that killed bin Laden. The documentary will provide an extensive, first-hand account of the mission, including the unexpected crash of one of the helicopters that night and why SEAL Team 6 feared for their lives. It will also touch upon what was taking place inside the terrorist compound while President Obama and his cabinet watched from the White House.

Offering never before shared details, the presentation will include “The Shooter’s” experience in confronting bin Laden, his description of the terrorist leader’s final moments as well as what happened when he took his last breath. Additionally, viewers will be offered a behind-the-scenes look at the secret ceremony where he donated the shirt he was wearing during the mission to the National September 11 Memorial Museum in New York City.

(214) 325-1916
Washington, DC
Dr. Mike Ghouse is a community consultant, social scientist, thinker, writer, newsmaker and a professional speaker on Pluralism, Interfaith, Islam,  politics, human rights, and foreign policy.  Mike is committed to building cohesive societies and offers pluralistic solutions on issues of the day. More about him in 63 links at www.MikeGhouse.net and his writings are at TheGhousediary.com