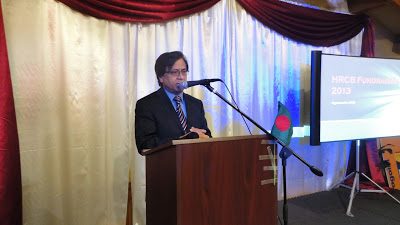 Spread the love
A
Tribute to Mani Rahman
I am
taken back, completely shocked at the sad and untimely demise of Mani Rahman, a
great soul and a great friend.  I have to
write a tribute about him and here is the start and will add to it as I start
thinking about all the good things he has done.

Mani
called me up to see him before I left for Washington; and on July 7th
we sat in his office for several hours discussing politics and service to the
community. He was going to join me in DC in the next four years…. We discussed
about a business venture on a partnership basis, and he reminded me again on
July 17th, “Mike, let’s not forget about our business plan, it
sounds good to me…”  It is so fresh on my
mind.
We
talked about “Life Insurance” and reluctance on part of Muslims, and I had
given him a few suggestions that he liked. One of these days, I am going to
write an article on the topic of Insurance and dedicate it to Mani Rahman.
He
was a very caring person, and cared for his children very much.  The guy remained single for one singular
reason; his children! He did not want to marry and have the children go through
step-mother tensions. I am sure there are many fathers out there who have regretted
doing precisely that. But Mani remained single and I have always admired him
for his reason to be single.
Mani
and I have known for over  25 years, he was host of one of the segments on my
Radio show in 1996-1999, the first commercial radio in Dallas, a precursor to
Fun Asia Radio.

He was always there to help, and had pitched in $250 to $500 towards
Thanksgiving, Unity Day, Holocaust and Genocides and other events.  Mani had also donated $250 towards making a
video on Pluralism and coexistence, and oddly he would recite my statement each time I saw him,  “if
we can learn to respect the otherness of others and accept the God given
uniqueness of each one of us, then conflicts fade and solutions emerge.”  Here is the video – Thanks Mani for the
sponsorship. https://www.youtube.com/watch?v=b7Tyt7raIXM

He was in Costa Rica a month ago, and texted me from there, he was having good time, I sent him my article on Ramadan and he liked it very much and sent a thumbs up from there.

I had asked Mani if he could donate for the Gandhi statute in Irving and he
did.  Mani’s name will always be
there.  He was a contributor to all the
great causes out there regardless of the nationality, religion or race.  He was going to support my new organization in
Washington as well once we had incorporated.

Politically Mani was independent, though Republican sounding, he was with both the Republicans and Democrats.

He was a supporter of Human Rights organization of Bangladesh,  I asked him and he supported it.  I thank Prodip Saha of Bangladesh Human Rights Org for this message, “A step backwards for the Human Rights community- Mani Rahman passed away day before yesterday. He has brain stroke while driving and it ended in minor accident as he was unconscious. Very sad news.  Just wanted to let you know in case you haven’t heard. Regards- Prodip.
I have to find his pictures from the early 90’s. He and I along
with Sante Chary, Mayor Ron Kirk, State Senator Alonzo and Gonzales were at
Bill Clinton’s inauguration in DC. As I find the pictures, I will add here at www.TheGhousediary.com
I miss you my friend.
May your soul rest in peace.
Thank you,
Mike Ghouse
(214) 325-1916
Mike is a speaker, thinker, writer, pluralist and a human
rights activist committed to building cohesive societies and offers pluralistic
solutions on issues of the day. A Tv and a radio commentator. Info in 63 links
at MikeGhouse.net and writings at TheGhouseDiary.com